Bob’s Life and His Transition to Becoming a Writer

Bob Wilber was raised in a sports and journalism family. His father, Del Wilber, played Major League Baseball for the Cardinals, Phillies, and Red Sox in the 40s and 50s and spent the rest of his working life in the game as a coach, manager, and scout. His mother, Taffy Wilber, was a radio personality on KMOX in St. Louis, then worked in the Cardinals’ front office as the first woman to hold a director position for the team. She later opened her own public relations agency.

Bob grew up playing the game but also showed a keen interest in writing as early as elementary school when he won a citywide essay contest in sixth grade. He was first published in a St. Louis sports magazine at the age of 15.

He earned a full athletic scholarship to Southern Illinois University - Edwardsville and was part of two SIUE Cougar teams that advanced to the NCAA Division II World Series. Both teams have been inducted into the SIUE Athletics Hall of Fame. He graduated with a Bachelor’s Degree in Broadcast Journalism.

After his senior year, he signed a contract with the Detroit Tigers and spent two seasons in their minor league system. He then signed with the Oakland A’s and spent one injury-plagued season in their minor league system. When his playing days ended, he signed a contract with the Toronto Blue Jays as a regional scouting supervisor and spent parts of five years in that capacity.

When he left baseball, he began a wild ride through the world of sports marketing, where he gained a wide range of experience and used his writing skills to formulate proposals, press releases, and eventually feature stories.

He worked for Converse Shoes where he interacted with Major League players, NFL football teams, college basketball teams, and NBA stars. He spent three years in international sports marketing representing Fortune 500 companies as well as major sports leagues, teams, and conferences. He was an executive or general manager for three different professional indoor soccer franchises. Finally, in 1990, he was recruited by the former commissioner of the Major Indoor Soccer League to become the general manager at Heartland Park Topeka, a multipurpose racing facility.

His interest in NHRA Drag Racing was stoked in the role, and he parlayed that into a 22-year career as a public relations representative and team manager for professional racers, working for Funny Car drivers Whit Bazemore, Del Worsham, and Tim Wilkerson over the course of that career.

His writing skills developed quickly in that role as he rapidly became known for a creative and innovative style that interested sponsors, media members, and fans. In 2005, he added blogging to his palette, taking on a daily role as the fans’ conduit to the “behind-the-scenes” workings of professional Funny Car racing. At times, he had as many as 10,000 regular readers on NHRA.com.

Finally, in the last year of his involvement with Team Wilkerson, he was recruited to also write a regular column in National DRAGSTER magazine, the official publication of NHRA.

After the 2015 season, he retired from racing in order to write his autobiography. Over the course of 15 months, he worked on “Bats, Balls, & Burnouts” as his full-time job. The book was met with great acclaim and glowing reader and media reviews.

In 2018 he began formulating “the next great writing challenge” and landed on the concept of developing a historical fiction book, called “How Far?” He chose the steepest challenge he could think of in terms of the format. He wrote “How Far?” as two very different fictional characters, in their distinct voices. “How Far?” was written, edited, and proofed for nearly three years. It was published by Outskirts Press in January of 2022.

Bob lives in Minnesota, in the Twin Cities, with his wife Barbara and their two cats, Buster and Boofus. Bob and Barbara are avid followers of all the Twin Cities professional sports teams and enjoy the Minnesota quality of life.

He still writes his blog, now located at his family’s charity website. The Perfect Game Foundation was formed by him and his siblings to honor the memory of their beloved parents. TPGF works with young women and men who aspire to land a career in the sports business world. 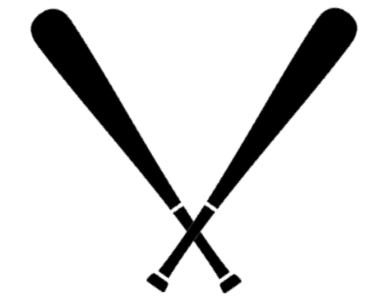